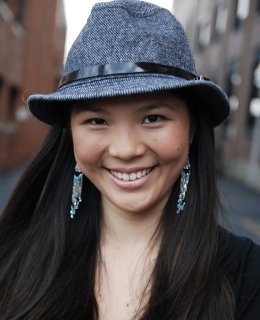 Mary Fan writes stories about far-off worlds for young adults and the young at heart. Her books include Stronger Than A Bronze Dragon (YA steampunk fantasy), the Starswept series (YA sci-fi), the Jane Colt trilogy (space adventure), and the Flynn Nightsider series (YA dark fantasy). She is also the co-editor of the Brave New Girls anthologies, which feature tech-savvy girls using their smarts to save the day (proceeds are donated to the Society of Women Engineers Scholarship Fund). In addition, she's had short pieces published in numerous anthologies, including Thrilling Adventure Yarns (Crazy 8 Press), Magic At Midnight (Snowy Wings Publishing), and Mine! A Celebration of Liberty and Freedom for All Benefitting Planned Parenthood (ComicMix). She's also a guest blogger for StarTrek.com