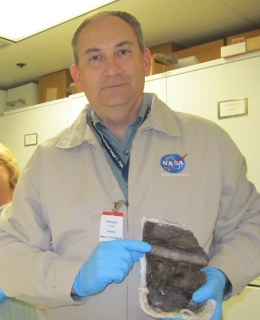 Lindley will be speaking about:

Mr. Johnson graduated from the University of Kansas in 1980 with a bachelor's degree in astronomy and a commission from the U.S. Air Force Reserve Officers Training Corps. He served 23 years active duty in the Air Force, obtaining the rank of lieutenant colonel and numerous awards and decorations while working on national security space systems. He also earned a master's degree in engineering management from the University of Southern California. After coming to NASA in 2003, he served as Program Executive for NASA's Deep Impact mission. He was then Lead Program Executive for NASA's Discovery Program of mid-class planetary missions for eight years.

Mr. Johnson became Program Executive for NASA's Near Earth Object (NEO) Observations Program in 2003. Since then, efforts of the Program have discovered nearly 17,000 near-Earth asteroids, about 90 percent of the total known.